A look into some key components of the Child Welfare System

The Wide Scope of Child Welfare

On its face, the term “child welfare”—regularly cited in legislation and research— can be ambiguous: is it education-related? Health-focused? Income-based? Often, the answer is all the above. Child welfare refers to a broad swath of family-related experiences and their effects on children, including child abuse and neglect, child and family poverty and out-of-home placement or foster care. Child welfare agencies, then, are state-sponsored organizations that aim to provide services to ensure that children are safe and that families have the needed support to care for their children successfully. The very core of their mission is to protect vulnerable children and families. A strong, safe, supportive and social childhood creates the basis for a healthy adulthood; the breadth of child welfare is so wide because providing children with the care they need involves addressing all aspects of their lives. 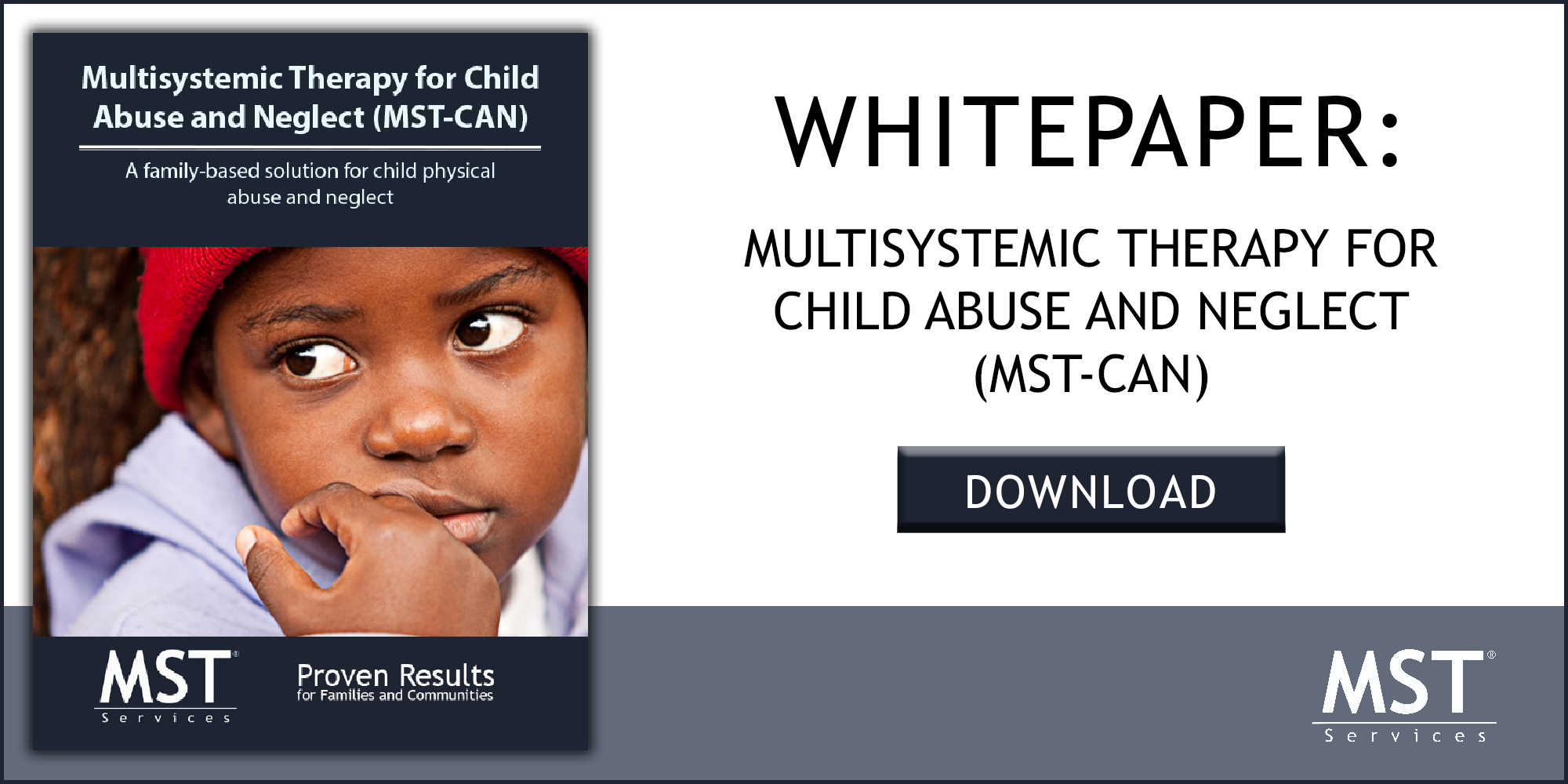 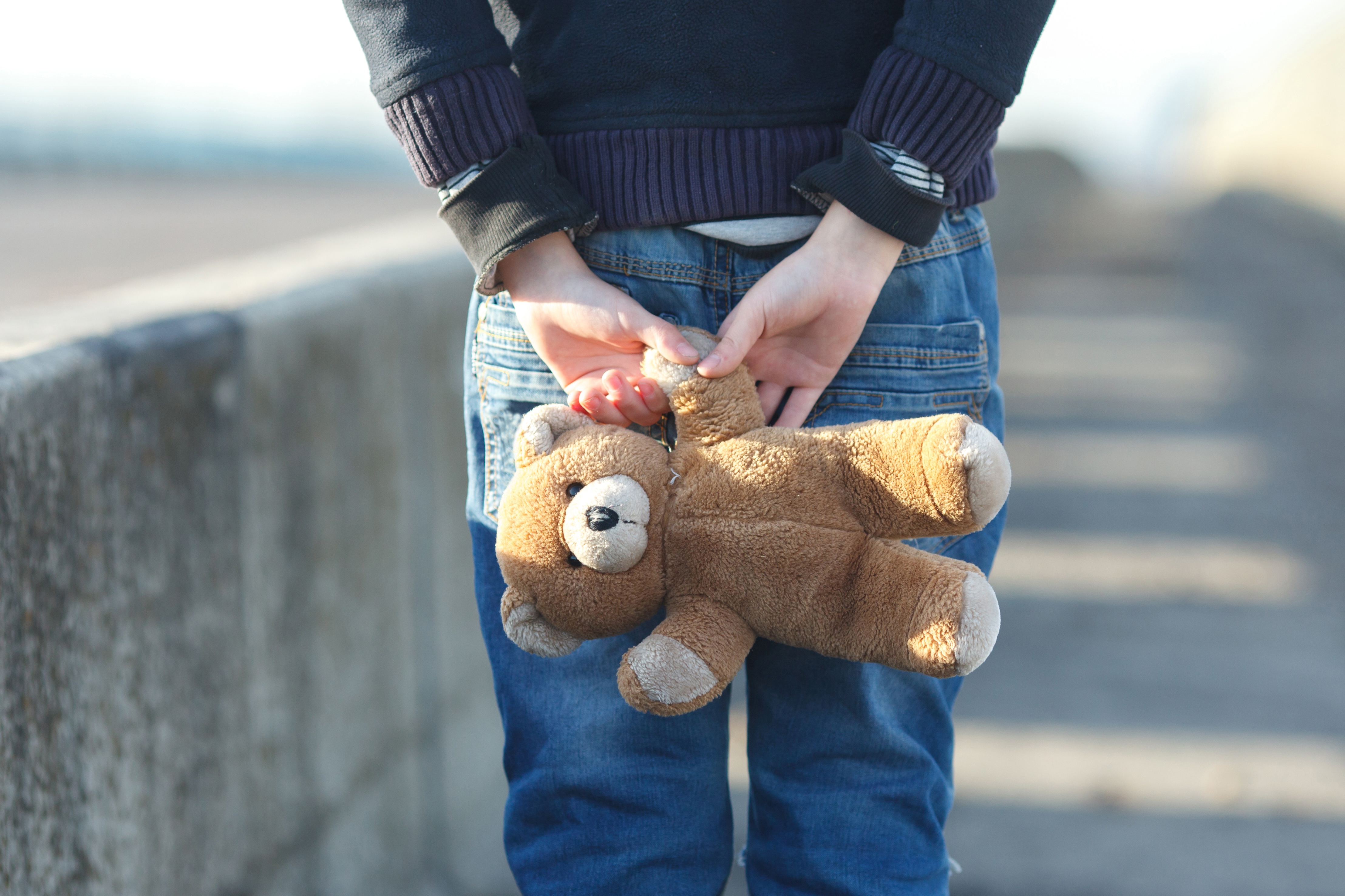 Within the federal definition of child abuse and neglect, both “an act” and “a failure to act” on the part of a caregiver that causes harm to a child qualifies as child abuse and neglect. While definitions vary state by state, acts that are considered child abuse generally fall into three categories: physical, sexual and psychological.2 Physical abuse includes the physical harming of a child by a caregiver, as well as the placement of children in situations that put them at high risk of physical injury. Sexual abuse involves sexual acts committed against a child such as sexual assault, showing children pornography or involving them in pornographic materials. Recently, sex and human trafficking also became a part of this definition. Psychological or emotional abuse can be more difficult to define, though it includes actions like caregiver rejection and ignoring, the forced isolation of children and verbal assault. In some states, parental substance abuse is also considered a form of child abuse and neglect—this can include prenatal exposure to a drug, manufacturing illegal substances in the presence of a child, giving or selling drugs to children, leaving children alone while drug seeking, placing children in an unsafe situation of drug users, and neglecting a child’s health.

“A failure to act” refers to child neglect, the latter half of child abuse and neglect. A caregiver can neglect a child by failing to provide critical resources for that child’s wellbeing—clothing, food, shelter, medical care and a certain level of adult supervision are all critical resources, and in many states, education is considered a resource as well. 4.1 million child maltreatment reports were received in 20161, and the bulk of those involved neglect; child neglect can oftentimes be a symptom of familial poverty, rather than purposeful abuse.

Regardless of the type of abuse or neglect, it can cause numerous negative effects on the functioning of children and families. In the short-term, situations of abuse and neglect create stressful and dangerous environments for children, often leading to negative physical, behavioral and mental health consequences. As children become adults, a history of abuse and neglect is linked to higher rates of substance abuse, self-harm, mental illness and even physical health issues. Curbing child abuse and neglect is not only imperative for the protection of children, but for the creation of the next generation of healthy parents.

While MST therapists occasionally treat youth involved in sex trafficking, it is rare. MST is not an intervention specifically tailored for sex trafficking. The information below is provided to draw attention to a grave issue facing our society.

The bulk of sex trafficking victims are youth involved in the child welfare system, particularly those who have run away or been placed in out-of-home care. Instability in the home or weak family support systems can cause youth to look elsewhere for love, comfort, and acceptance—sex traffickers often lure victims by manipulating these wishes, promising that they’ll take care of children if they leave their caregivers and homes. Today, many perpetrators of sex trafficking contact potential victims online, urging them to run away. Youth who do run away—even if not at the behest of a perpetrator—are at much higher risk of becoming a victim, as they can end up more easily in dangerous situations. Other factors that increase the likelihood of a child becoming a victim are a history of physical and sexual abuse, foster or other out-of-home placement and disconnection from their families and communities. All of these are important aspects to child welfare and the prevention of child abuse and neglect.

As with other forms of child abuse and neglect, becoming a victim of sex trafficking can burden children with mental and physical issues in adulthood. Many sex traffickers use illegal drugs to sedate their victims, creating a higher likelihood for future dependency; victims who escape their situations can also become involved with the juvenile justice system, as up to 1,000 children every year are jailed on prostitution charges. Additionally, the psychological and physical impacts of sex trafficking can create a long-lasting struggle with anxiety, depression, PTSD and other mental illnesses for child victims. 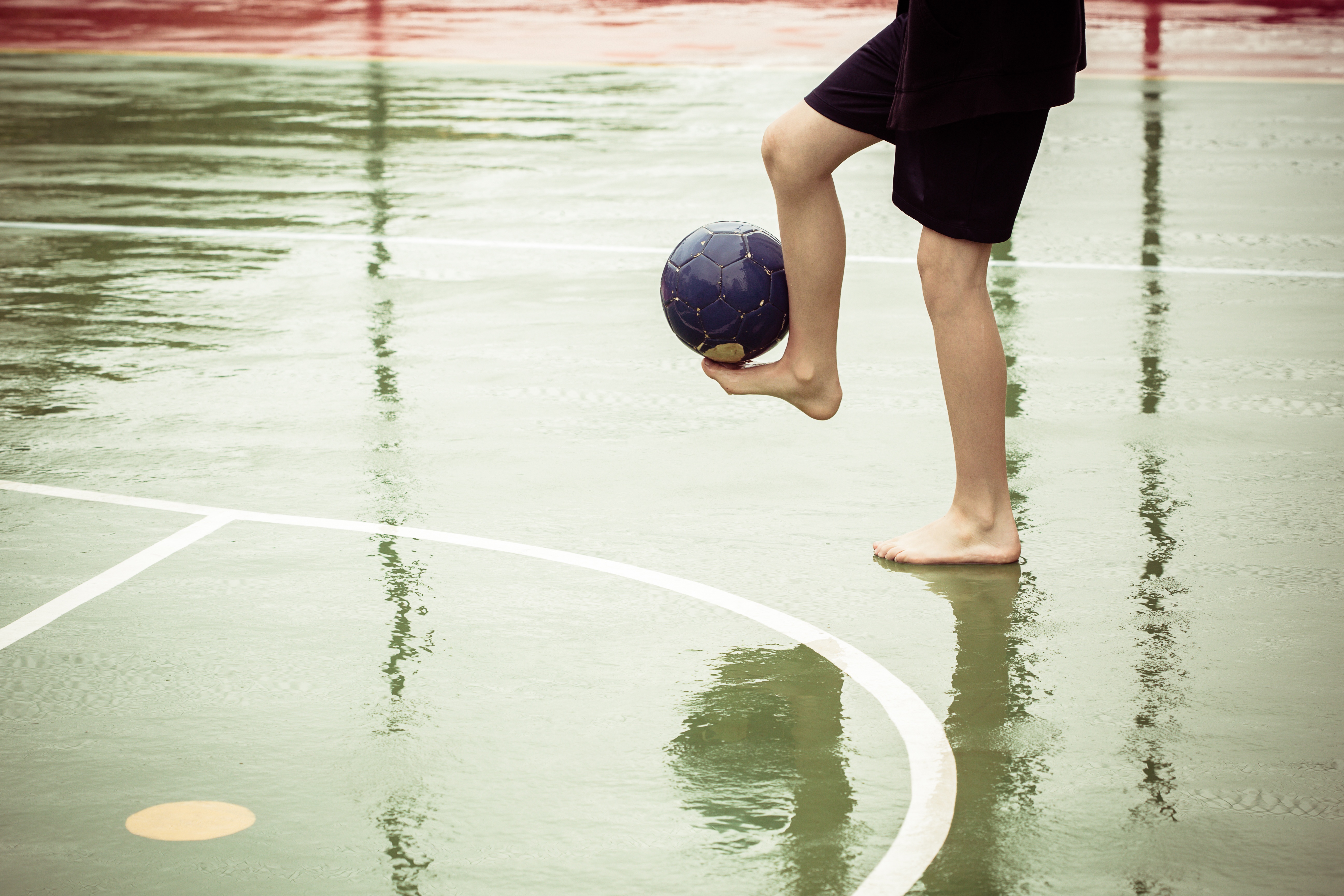 The disadvantages of youth growing up in low-income families can be both immediate and longer-term. Along with facing developmental stressors, children growing up in low-income households are more likely to live in substandard housing, experience food insecurity or poor nutrition, and live in unsafe or unstable neighborhoods.4 This can expose children to physical dangers—childhood obesity and experiences with community violence are both correlated to high rates of poverty—as well as behavioral issues, mental health complications, and educational struggles. Economists suggest that child poverty costs the U.S. $500 billion a year in lost productivity, costs of incarceration and increased health expenditures.

Parents, caregivers, and families living in poverty are doing the best they can with what they have. A component of the job of an MST therapist is to understand why their very best isn’t working out for them. Increases in poverty are correlated to increases in child maltreatment reports. As a result, the connections between child welfare and child poverty are critical to helping us understand and address the impact of poverty on the whole family.

In 1974, Congress passed the Child Abuse Prevention and Treatment Act (CAPTA), a landmark bill that continues its amendment and uses today. Crucially, CAPTA set forth the first national definition of child abuse and neglect, one that has evolved with time and research. The bill also provided states with federal funding to investigate and prosecute cases of child abuse and neglect, as well as develop programs aimed at treatment of victims and prevention efforts. For the first time, CAPTA funded research and data collection efforts engaging with child abuse and neglect, demonstrating the country’s commitment to evidence-based solutions. CAPTA created the critical groundwork for Congress and individual states to begin and develop their own child welfare dialogue.

During the final months of his presidency in 2008, George W. Bush signed the Fostering Connections to Success and Increasing Adoptions Act (FCA) into law, a bill directly addressing the welfare of children in out-of-home care. Following research that shows children placed with relatives rather than unrelated foster parents tend to adjust to out-of-home care more easily5, Congress created an incentive structure for grandparents and other relatives like the financial incentives given to foster parents, with the hope that more children will be permanently placed with family members. FCA instructs states to keep siblings in out-of-home care together if possible and to limit moving children to new schools if they’re removed from the home. The bill also provides federal funds to states who choose to provide services for youth in the foster system beyond age 18; research shows that supporting young people until age 21 leads to better outcomes for both the individual and the state. FCA ushers in an age of research-based child welfare bills, during which the federal government has generated interest in establishing, seeking and using evidence-based solutions for child welfare issues. Most recently in this shift towards interventions that work, the Family First Act— passed on February 9, 2018— impels states to invest in programs and policies that support children in the welfare system.

MST-CAN (Child Abuse and Neglect) is an in-home treatment for families referred to Child Protective Services (CPS) because of recent incidents of physical abuse and/or neglect. Many caregivers or families reported to CPS for child maltreatment do not lose their parenting rights; instead, CPS and other child welfare services focus on providing in-home services for the family, attempting to protect the child while creating a safer, more supportive home environment. Research has repeatedly shown that removing children from their families and placing them in out-of-home care is a traumatic experience, often leading to extreme negative stress that can cause mental, behavioral and physical complications for children.2 Removing a child from his or her home is also expensive for taxpayers; in 2015, $3.5 billion was spent by states and the federal government on foster and kinship care for children. Thus, in-home services are a crucial treatment process to prevent the stressful, expensive and emotional removal of children from their home.

In-home treatments for families referred to Child Protective Services can take many shapes, depending on what caregivers and children need the most—oftentimes, treatment can include mental health care for adults and/or youth, parental training, marital therapy, substance abuse therapy and referral for job training or education. The goal of in-home interventions is manifold: ensure the safety of children, reduce foster care placement, promote the well-being of caregivers and help create a strong, supportive household with a healthy relationship to the community. Research shows that in-home treatments help reduce rates of mental illness among both caregivers and children, as well as reduce rates of delinquency among youth as opposed to the foster care system.

MST-CAN is an evidence-based, in-home treatment program focused on children and families entering Child Protective Services (CPS) after referral for physical abuse and/or neglect. By engaging the entire household in treatment rather than only caregivers, MST-CAN has shown significant positive results in helping families find their strengths. In fact, in a five-year randomized effectiveness trial funded by the National Institute of Mental Health, families that received MST-CAN demonstrated:

In further research funded by the Annie E. Casey Foundation, the MST-CAN model was applied to a population of families that were experiencing physical abuse and/or neglect plus parental substance abuse. Families that received the MST-CAN treatment (called MST - Building Stronger Families in this program) had significantly lower incidents of reabuse and significantly fewer days in out-of-home placement when compared to comprehensive community treatment. Caregivers showed significant reductions in alcohol and substance use, psychological aggression towards the child and depression. Children showed significant decreases in anxiety.

Not only does MST-CAN work to create safer, healthier environments for children, it also saves taxpayer money, showing greater rates of keeping families together and avoiding expensive out-of-home placement. Research has shown that for every dollar spent, MST-CAN recovers $3.31 in savings to participants, taxpayers, and society at large. 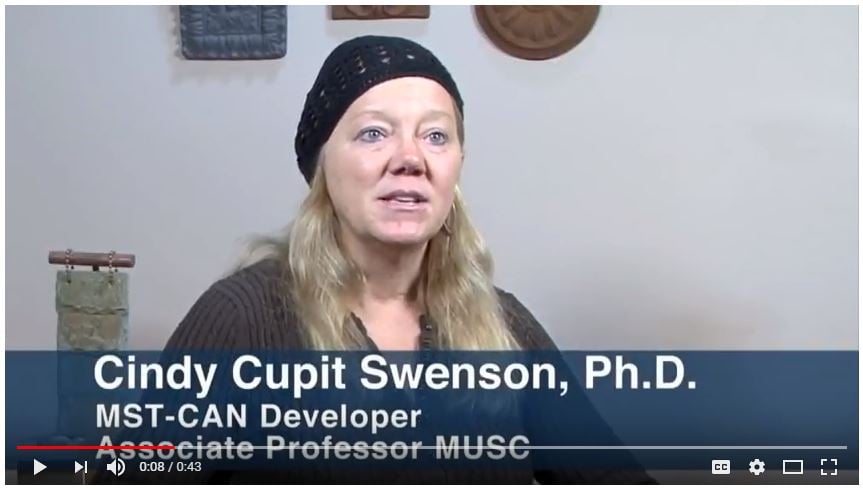 Watch this video to see how MST-CAN provides a holistic approach to physical abuse and neglect cases by taking into account the wide range of possible risk factors and systems involved. MST-CAN focuses on families and communities as a whole, tailoring interventions to the social ecology surrounding the individual experiencing physical abuse or neglect.

The MST approach to putting juvenile offenders on the right path has been shown to be extremely effective in terms of its success rate, decrease in crime and keeping down costs. The question becomes how can communities and organizations pay for MST programs? Here are four steps that should be considered:

Download the white paper "How to Fund MST Programs" to learn more about these considerations and other methods for funding MST in your community. 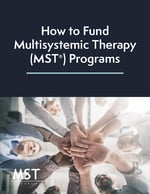 Interested in starting an MST program in your area?
Fill out the form below and someone will contact you shortly.